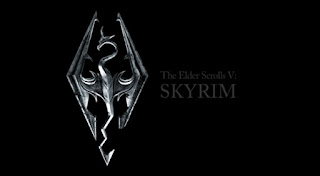 . I've been playing for about a month now. And I am finding the playing of it to be incredible. Without being spoilery - The basic set up is that a Roman like power has taken a sudden and increased interest in policing the northernmost edge of their territories, Skyrim, home to a Norse type people called the Nords. This is building towards a civil war, and apparently I'll have to pick a side at some point.

My character started off avoiding both favors and conflicts, just exploring and staying out of the way of big events,  but because of mistreatment at the hands of the "Imperials," I found I didn't mind stealing from them or local Jarls who were obviously in their pocket. Gradually, my character is coming to sympathize with the Nords and tries not to steal from Nords or harm Nords. I say "tries," because I did steal some coins from a table in an inn, only to hear the innkeeper tell a maid that she wishes she could afford to keep her on full time. I felt guilty and spent the a good deal on breakfast there the next morning.

Then, I needed to practice lockpicking. It was night, I was outdoors, and figured I'd pick a stable door. I had no interest in thievery, just saw it as a low risk chance to bone up on my skills. I was spotted, panicked, and stole a horse. I felt guilty, tried to take it back, panicked again, then rode off on it. I stumbled on a bridge and fell in a swift current, was knocked unconscious and the horse was killed, smashed on a rock. Man, I felt bad about that horse.

I've decided I won't back up to the last save. My character lives with their mistakes. So I felt terrible that I'd stolen a horse and killed it a half mile later. But that's what I did.

Then two weeks ago, I entered someone's house, sat at their table, and tried to talk. I accidentally hit the wrong button and stole some food off their table in their view. I put it back, then put back more than I intended, so took my food back again. The woman cried thief and attacked me with a dagger. I ran back, trying to get away and very deliberately not drawing my weapon. But my trigger happy hireling, obviously defending me, whipped out her sword and cut the woman down. At which point a blood curdling shriek to my left made me aware that we had murdered an innocent woman in view of her little boy. He cried "oh my gods know" and ran out into the street. And we rode out of town fast.

So, my "basically good" character has stolen from a poor innkeeper, stolen and killed a horse, and cut down a woman in front of her son. And feels terrible about it.

And yesterday I got my housecarl Lydia killed. The fact that I didn't like her (and she doesn't seem to have liked me) makes the guilt worse.

This is so different from all the sick things you can do in GTA or something. You could play Skyrim as a psychopath and kill everyone (though I suspect you'd be cut down by bounty hunters before you got very far) or you can play it as a white knight and help everyone. But what amazes me is the way I'm playing as someone who is trying, but not always succeeding, in being good, and has done some terrible things. I'm amazed at the way that my intentions combined with the game environment is creating a moral character personal beyond what just I, or just the game, wants for her to have. I've never played a game this nuanced before in my life.

I'm going to be playing it for a long time.

Today, SF Signal has posted the first of their new series of sword & sorcery themed podcasts with a focus on contemporary works and authors. Episode 108 features a panel of such S&S notables as Scott H. Andrews, editor of Beneath Ceaseless Skies, Violette Malan, of the Dhulyn and Parno novels, and James L. Sutter, co-creator of the Pathfinder RPG, fiction editor of the Pathfinder Tales line, and author of the B&N Top Ten fantasy novel, Death's Heretic. And then there's me, relevant to this discussion as editor of many fine S&S novels, as well as co-editor of the WFC, Locus, and Shirley Jackson-nominated anthology, Swords & Dark Magic. S&S is a subgenre near and dear to my heart, and this podcast was a tremendous pleasure. Do check it out, and thanks to Patrick Hester and Jaym Gates for making it happen.
- Posted using BlogPress from my iPad

Enhanced Game of Thrones (UK Only)

Oh, I hope the US publisher is looking into this. Also, I'd love it if iBooks had a feature that allowed you to "upgrade to the enhanced version" if you've already bought the non-enhanced.

This fan - cut trailer for John Carter is better than anything the studios have put out. So much so that's it's pumped my excitement for the movie up a notch. 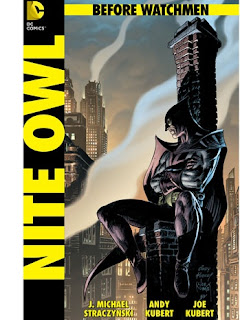