Even Pissed, Bowie is cool...

Having watched a number of interviews with classic rock stars, it does seem like UK journalists of the 60s and 70s were jerks. And Bowie, even when insulted and irritated, is never less than poised and in control: 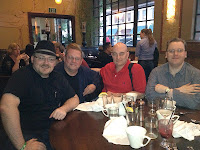