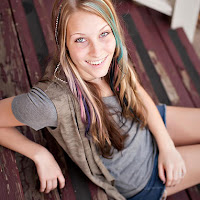 Lindsay Cummings is the author of the middle-reader fantasy series Balance Keepers as well as The Murder Complex series of young adult books. She joins us today for a short interview.

LA: Your fourth book is coming out in a few months, and you are in your early twenties. What was your path to publication like, and what is your writing life like these days?

LC: Pretty crazy, isn’t it? I wrote my first book at eighteen, and it wasn’t really all that great. It was rejected by 120 agents, and then I went on to write another book, where I took my time and really focused on editing. That one was finally picked up, and it took about nine months to sell. Overall, I’ve learned that editing is incredibly important! Without edits, a book doesn’t do as well as it could.

LC: It’s a little strange sometimes, having to balance two completely different series. One is very dark, and the other is very fun and lighthearted. My YA series is in first person, and my middle-grade series is in third person, so that sort of “tricks” my brain into switching when I sit down to write. But mostly, it’s the darkness and light that set the two apart.

LA: I think I spot some of your influences in Balance Keepers: The Fires of Calderon, and wasn’t surprised to see Harry Potter mentioned in your bio. Growing up, what were your favorite stories—not just books, but films, comics, etc.? What sort of narratives did you gravitate toward?

LC: I loved Harry Potter so much, I think I read them all about five times growing up. I also loved the Chronicles of Narnia. And of course, I have always been a big Marvel fan. I love superheroes, and always wished someday I’d get bitten by a radioactive spider or something. ☺

LA: I love maps of fantasy worlds, and The Fires of Calderon has two! How did you build the three worlds of the Realm? Did the world come first or the story? (And I guess a related question would be “Are you a plotter or a pantser?”)

LC: I love the maps in BALANCE KEEPERS! The artist did a fantastic job of bringing my Realms to life. I imagined the coolest, most extreme settings on earth: volcanoes, snow-capped mountains, jungles, oceans, etc. And then I just made them magical, and added in super-cool creatures that I wouldn’t mind owning myself. ☺ I’m a MAJOR pantser, but since I started writing BALANCE KEEPERS, I’ve become a plotter. I just think plotting saves me from writing myself into too many holes later on during the drafting stage!

LA: I love that the magical tiles in Balance Keepers don’t just grant our protagonist powers—they can be used to play games as well! Are there rules for the game of tiles? Are you a gamer yourself?

LC: There are totally rules—but I’m too lazy to actually sit down and plan the real game myself. (That’s pathetic, I know!) I’m a huge board game and card game player, and growing up I used to love this marble/board game called AGGRAVATION. Also, Monopoly never gets old. (Until you hit the three-hour mark, and then it totally does get old.)

LA: Finally, do you have any particular ritual or funny requirement that you have to do to write? A space, a song, a snack to have on hand?

LC: I love hot Cheetos!! They are my writing fuel. Also, I drink a fancy energy drink called Spark, and that keeps me from falling asleep on my keyboard.

LA: Thank you, Lindsay. Book 2 in the Balance Keepers series, The Pillars of Ponderay, will be released September 22nd. You can learn about all of her work and stay up on news by visiting her website.

Email ThisBlogThis!Share to TwitterShare to FacebookShare to Pinterest
Labels: author interview, Balance Keepers, Lindsay Cummings, The Fires of Calderon, The Murder Complex, The Pillars of Ponderay