Nightborn on Tour: Books of Wonder and Sci-Fi & Fantasy Fest 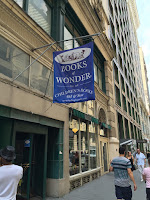 This past week plus has been a busy one. Sunday, July 26th, I participated in a middle grade author event at Books of Wonder in New York City, where I got to talk up Nightborn on a panel alongside Newbery Honor Award Winning Author, Gail Carson Levine, celebrating her recently released Stolen Magic, and Sarah Mlynowksi (of the Whatever After series). Then I spent a week in New York City with the family, seeing the sights, eating the food, taking in a Broadway play, and introducing them to the good people I work with at Penguin Random House. 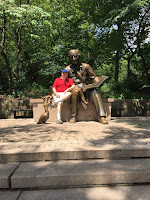 Home on the following Friday, I took off work to spend the day playing a Fate Core RPG game with my son and nephew that we set in the world of Thrones & Bones. Which, by the way, is amazing fun!

Then Saturday, August 1, the Hoover Public Library hosted their first Sci-Fi & Fantasy Fest, a celebration of books, games, films, and television, headlined by Katherine Harbour, Bobby Nash, and Van Allen Plexico. I participated in a wonderful RPG panel, alongside veteran gamer Mark Owens and Excelsior game store owner Ken Oswald. Then in the afternoon I was on a second panel with authors Stephen Duncan, J.F. Lewis, and Ingrid Seymour (and moderated by Jared Millet). Thanks to the organizers and to Barnes & Noble for handling book sales. The event seemed well attended and I hope the Hoover Library will host it again next year. 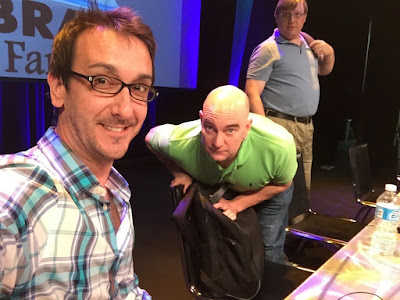