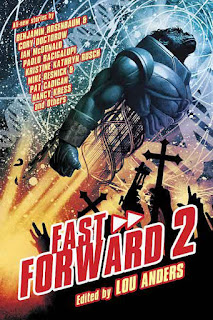 But more importantly, what did the they do to the Tiki House ? Or is that bringing up more pain ?

It may be too painful. The show starts, then is interrupted by Iago the parrot (Aladdin) and Zazu (Lion King). Iago announces they are the show's new owner and that all the outdated singing has to go. He badmouths the Tiki gods, who appear and curse him, then we have a number of franchise/movie songs reworded to "fit", and a smoking-from-divine-wrath Iago reappears, announcing that all the voodoo is good box office. It is HORRIBLE.

But not only that, it relies on an understanding of what is being replaced, so all the newcomers were confused. And it seems written by someone with utter contempt for the original.

Most damning, it's just incoherent.

Crap. We're taking my daughter down in the new year. So many things to explain...

Maybe I can find footage of the original on youtube. Sorry to bring it up.

Did they go PC in the haunted mansion - no sorry, don't answer that.

I didn't do Haunted Mansion, but I know that and Pirates were given makeovers. However, Peter Pan, Winnie the Pooh, Dumbo, Country Bear Jamboree, many others all still as you remember them. Plus the new(ish) Buzz Lightyear ride is actually my current favorite. It's not all bad - just the Tiki House.