Frostborn has just been chosen as a Staff Pick by Mockingbird Books, the seventh independent 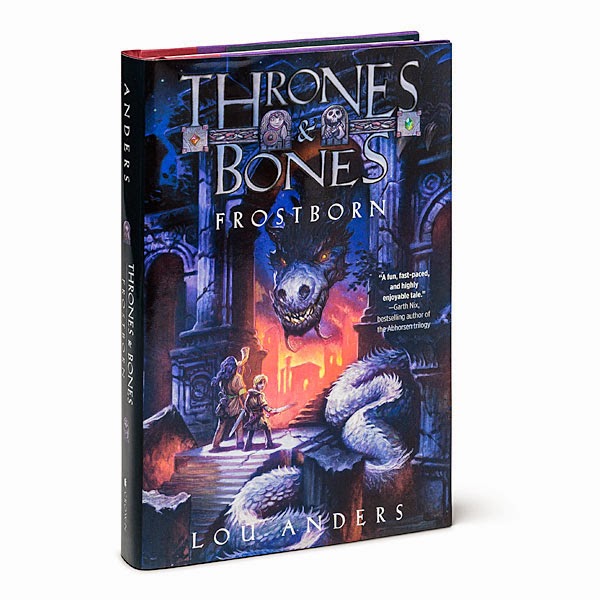 bookstore or library to do so! Katie of Mockingbird writes:


"If you’re like me and are on the lookout for fast but enjoyable reads to squeeze into a busy schedule, look to Frostborn. Anders is a veteran of the fantasy genre and it shines through the first installment of Thrones and Bones. We’re given two young leads who are forced to confront their duties, fates, and families which intertwine after an ancient spell is broken. There is Karn, a reluctant heir to his family’s farm and avid board game player. There is Thianna, a half-human and half frost-giantess eager to prove herself to both humans and giants alike. The pair is as unlikely friends as they are heroes, but it is their differences that ultimately prove to be their greatest weapons."


Update: Oh and look.... Frostborn is also a Staff Pick at Eagle Harbor Book Co. of Bainbridge Island, Washington - which makes 7 bookstores and one library that have made Frostborn a Staff selection! Alison of Eagle Harbor writes:


"Karn is destined to take over the family farm in Norrongard. His only problem is he’d rather be playing the complex board game Thrones and Bones. Living in the mountains of this Nordic-like land is Thianna, half human, half frost giantess and unable to fit into either group. These two unlikely allies join forces to survive in the wilderness and fight off dragons, undead warriors and an evil uncle."


"Twelve-year-old Karn is a master gamer when it comes to playing Thrones and Bones. He’s not so good at striking hard bargains for the sake of his father’s tribe. If only there wasn’t so much pressure on him to be the next leader! Likewise, Thianna is a disappointment to her clan of ice giants, standing at only 7 feet tall, half the size of her peers. The two unlikely friends meet when their different tribes converge on an icy mountain for a tense round of trading. When unexpected enemies attack, they find themselves on the run, outracing wyverns and avoiding avalanches. Pulling on little-known Norse mythology, this brilliantly accessible fantasy really is for all those Percy Jackson fans clamoring for a new series."